The origin of this shrine is not sure.
But this shrine was destroyed by Great Ansei Earthquake in 1855.

The object of worship disappeared in the ground under a moat.

It was discovered after a Big Tsunami in Taisho era but it should be moved due to Great Kanto Earthquake in 1923.

Finally it's settled at current place after World War II.

It's located at the corner of the building on the back side of Matsuya Department Store. 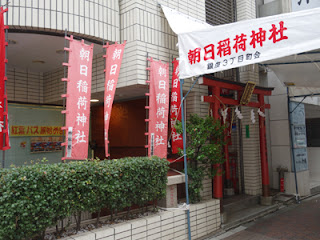 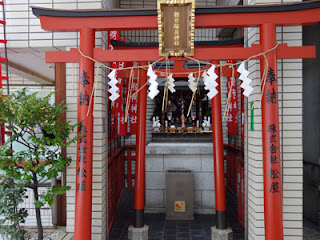