Tomioka Hachimangu Shrine was established in 1627.

This place was known as the origin of Sumo.
Sumo tournaments were held in here in 17th - 18th century.

That's the reason why there are stone monuments related Sumo.
There's a monument which shows how tall sumo wrestlers are.
Other monument has hand print of sumo wrestlers.
Also. one has names of sumo champions.

A bronze statue of Tadataka Ino is impressive.
He walked around all over Japan to make precise maps in Edo era.
The accuracy of the maps is amazing.
He had lived in the neighborhood and started his trip from this shrine every time.

This shrine has huge Mikoshis (Portable Shrines) for festival. 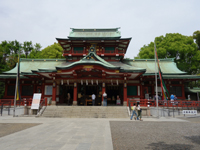 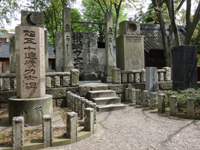 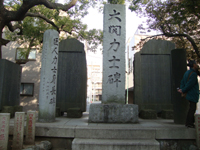 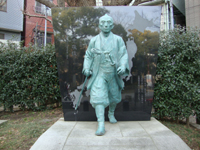 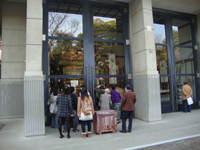