Daienji Temple is at the middle of steep slope (Gyonin Zaka) in Meguro.
It's opened in early 17th century, but this temple had fire which became a huge fire to burn city of Edo in late 18th century.

Stone statues of 500 Disciples of Buddha were made after this fire for victims. 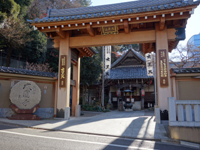 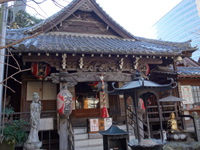 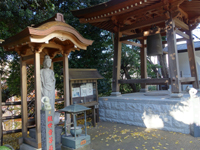 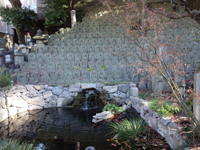 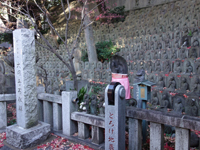