Yayoi Museum and Takehisa Yumeji Museum have a connection corridor on the second floor.
Actually, ticket is common for both museums.

Entrance is at the Yayoi Museum and exit of Takehisa Yumeji Museum leads you back to the entrance of Yayoi Museum.

The third floor of Yayoi Museum has regular exhibition of an illustrator Kasho Takabatake.
The founder of this museum, Takumi Kano encountered Kasho Takabatake's picture in a book when he was nine years old and was moved by that picture.

After he grew up to be a lawyer, he wrote a fan letter to the illustrator and got acquainted.

On the first floor and the second floor, special exhibitions are held every three months.
Exhibitions are mainly from artworks and illustrations of Meiji era through Showa era.

10:00-17:00      Closed on Mondays (or the following day if it's a holiday)
Year end days and New Year days
While changing exhibitions 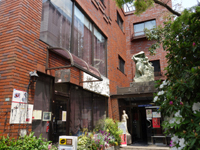 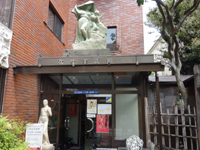 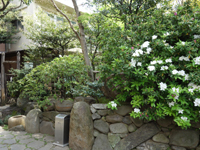