On the other side of the Kanda river, there's a beautiful church.
The official name of this church is Holly Resurrection Cathedral in Tokyo and it's the center of the Orthodox Church in Japan.

We call it St. Nicholai Church  named after Priestmonk Nicholai.

There was no direct damage by bombing at the World War II in 1945, however, this place was used to store bodies of victim.

A candle for 300 yen to enter the entrance hall 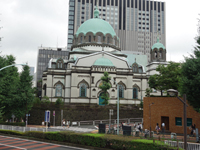 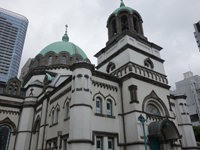 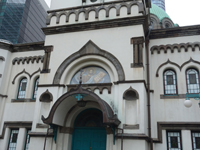 From here, you can go through two commercial facilities to get to Illusion Museum in Awajicho. 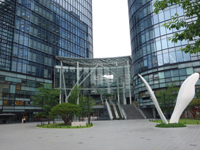