Tsukiji Hongwanji Temple is one block away from Tsukiji Fish Market.
This temple was opened in early 17th century as a branch of Kyoto Hongwanji, the center of Jodo Shinshu Sect.

After it burned down at Kanto Great Earthquake in 1923, current building was completed in 1934.

Main building is Indian style. It doesn't look like Japanese temple.
I've never seen this kind of temple in Japan. 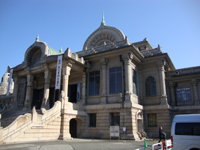 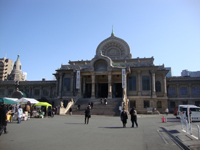 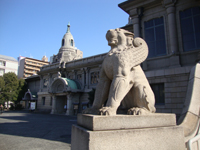 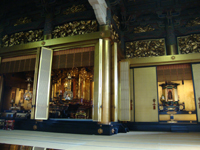 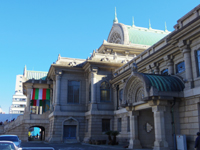