Shibamata Taishakuten Temple is a temple of Nichiren school of Buddhism.
This temple was opened in 17th century but it became popular in 18th century after the principle image on the board was discovered. It's told that Nichiren himself engraved it.

Taishakuten is known as a background of the long-running comedy movie series of "Tora-san".

There're some food stores like dumplings, rice cakes and restaurants on the both side of the approach.

The entrance gate is not colored but decorated with fine sculptures. 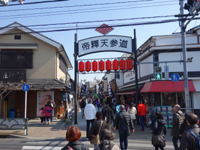 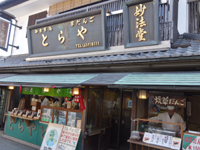 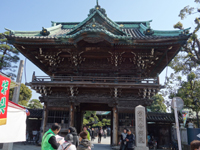 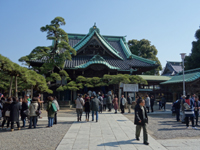 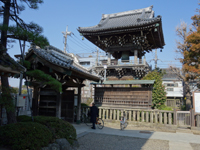 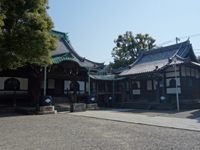