Namiyoke Inari Shrine is located at the edge of Tsukiji Fish Market.

Namiyoke means to avoid waves.
This area is reclaimed land but it was hard to finish the construction since big waves damaged the land.

In 1659, they found something shiny in the sea and picked up to find it a statue of Inari god.
After they deified this in a shrine, winds and waves became calm down.

Big lion's heads became symbol of this shrine and monuments for eggs, fish, shrimps and sushi were donated. 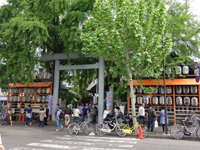 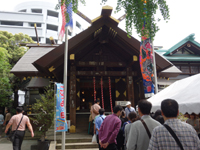 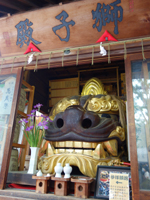 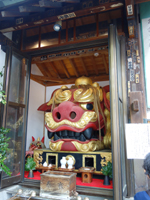 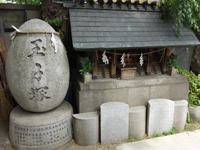 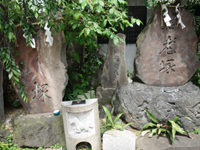 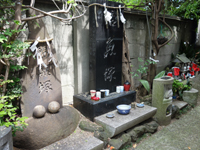