Sensoji Temple may be one of the most popular temples in Japan.
In 628, fisherman brothers caught a statue of Kannon in their net.
This is the start of Asakusa Kannon or Sensoji Temple.

There's another gate, Hozomon in the middle of the approach, which is two story huge gate.

We have so many people here all the time. 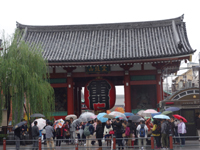 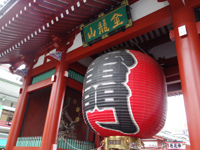 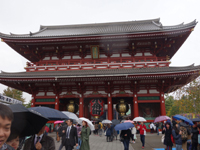 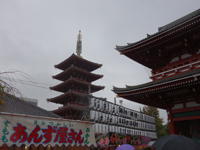 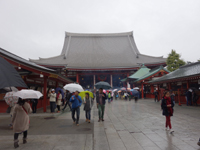 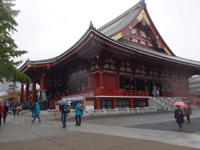