Shiba Toshogu Shrine is just beside the Shiba Park, so you'll see Tokyo Tower from the approach to this shrine.

Ieyasu Tokugawa, the first Shogun to start Edo era is deified in this shrine.
The Shrines deify Ieyasu Tokugawa are called Toshogu and we have many Toshogu all over Japan. 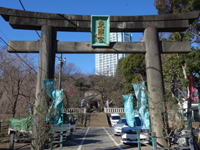 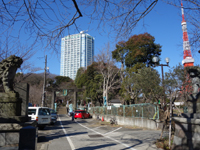 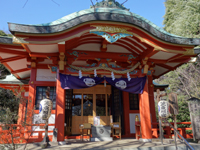 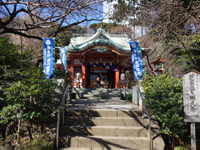