Zojoji Temple is Tokugawa's family temple and there's Shogun's graveyard.
The graveyard is surrounded by walls and the gate has Tokugawa family's crest, which has three hollyhock leaves in a circle.

Inside the wall, there're eight stone or bronze pagoda.
38 people were buried here including 6 Shoguns and their wives and others.

6 pagodas are for 6 Shoguns and their wives, one for Prince Kazunomiya, wife of 14th Shogun and a daughter of Emperor and one for all other people.

Each Shogun used to have his own huge mausoleum in the ground of Zojoji Temple.
The Zojoji area was much bigger than current area.

After lost of these buildings due to bombing in World War II, these pagodas were gathered and buried in the current graveyard.

There're 6 Shoguns' graves out of 15 Tokugawa Shoguns.
Other 6 Shoguns's graves are in Kaneiji Temple in Ueno.

The first Shogun Ieyasu is in Nikko Toshogu and the third Shogun Iemitsu is in Rinnoji Temple in Nikko.

The last Shogun Yoshinobu is in Yanaka graveyard in Ueno. 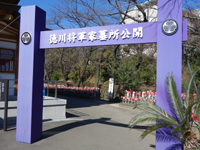 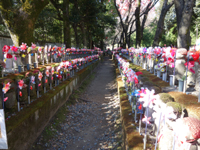 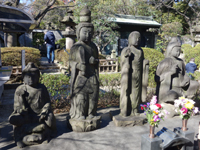 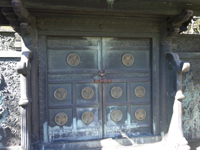 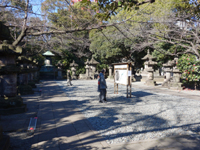 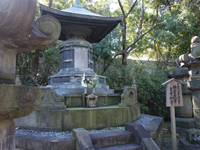