The head of Masakado Taira is deified at Masakado Zuka in Otemachi, surrounded by office buildings.

Masakado Taira was killed at the civil war in 940 as an enemy of the emperor.
His head was cut off and exposed on the street in Kyoto and his head flew to his home town on the 3rd day.

Masakado is considered the origin of Samurai since he introduced horses in the war and made them create Japanese sword.

Whenever somebody tried to remove this, something bad happened.
So this monument is kept this place as is. 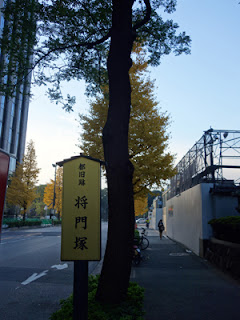 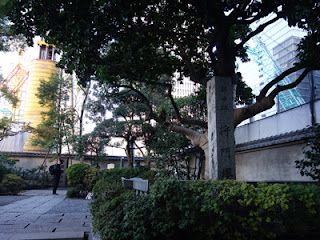 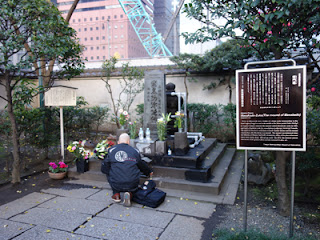