Kyu Yasuda Garden is on the next block of Kokugikan.
This used to be a urban villa of one of feudal loads and purchased by Zenjiro Yasuda who is the founder of Yasuda financial group in Meiji era.

After his death, it's donated to city of Tokyo in Taisho era by his will.
Now it's managed by Sumida City after transferring from Tokyo.

The pond has a tide because the pond water used to be led from Sumida River.
Now, tide is controlled by a pump to avoid contamination. 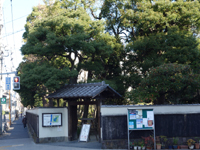 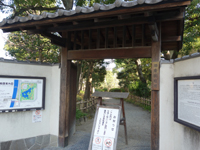 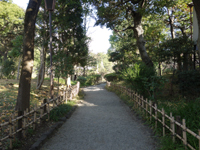 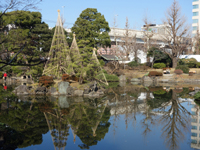 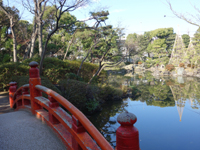 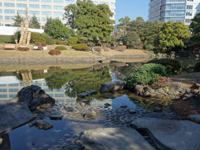