Nabeshima Shoto Park has a pond from spring water and a water mill.
This place used to be suburban villa of Kishu Tokugawa family and was transferred to Nabeshima family of Saga prefecture in 1876.

Nabeshima family opened a tea plantation here and started selling tea named "Shoto".
In 1932, the tea plantation was closed and donated to Tokyo city as a park.
Then it's transferred to Setagaya city in 1950. 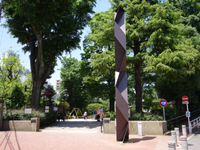 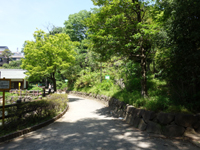 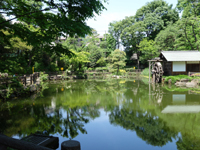 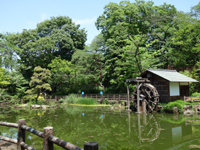 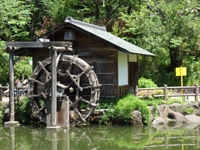