Setagaya Castle was built in late 14th century through early 15th century by Kira family.
It was taken over by Hideyoshi Toyotomi in late 16th century and abandoned.
It's told stones were used for repair of Edo castle.

Currently it's a park with mount, dry moat and stone walls.
It's only two minutes walk from Gotokuji Temple. 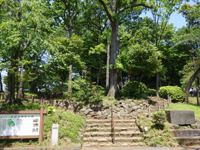 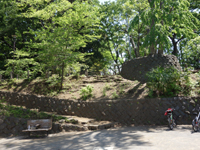 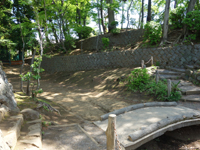 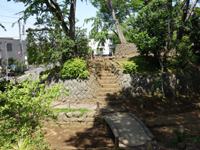