On the hill in Tetsugakudo Park, there'er several unique buildings.

Shiseido is also called Tetusgakudo after which this park was named.
Tetsugaku means philosophy.
This building defies four philosophers in the world, Buddha, Confucius, Socrates and Kant.

They have a red hexagon building to defy 6 wise men in Asia.

A triangle hut on a hill defies 3 scholars about 3 religions in Japan, Buddhism, Shintoism and Confucianism. 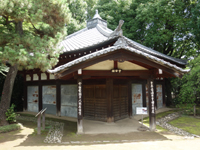 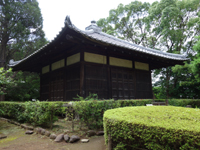 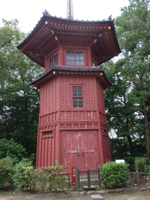 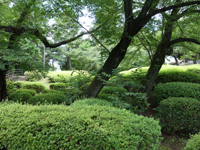 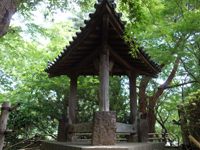