Hakusan Shrine was established in Mid 10th century in the current location.
But it was moved to the place in Koishikawa Botanical Garden in early 17th century by the order of the second Shogun Hidetada.
It's moved again to the original place in 1655 for new house of the fifth Shogun Tsunayoshi.

This shrine is famous for hydrangea.
They have hydrangea festival in June. 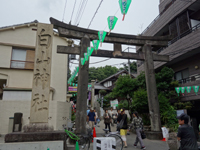 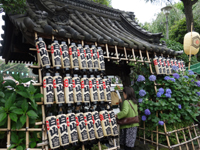 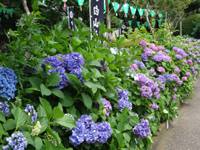 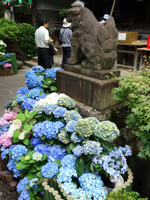 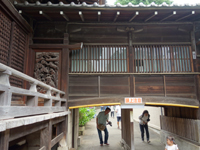