Oiwa is a name of a woman who lived in early Edo era. (Early 1600's)
She became famous because of a ghost story which was published 200 years after her death.

It's a horror story about Oiwa who were poisoned and killed by her husband.
She became a ghost to kill her husband.

But real Oiwa had lived happily as wife of Iemon Tamiya.
Somehow, horror fiction made after her death became so famous as a play in Kabuki.

This shrine was transferred to Shinkawa in Chuo City in 1879 when this shrine suffered a fire.
New shrine in Shinkawa burnt down by bombing in World War II.

The new shrine in Shinkawa was rebuilt in 1952 and this one here was also rebuilt as a original shrine a year later. 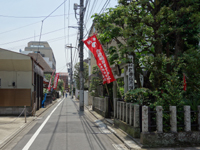 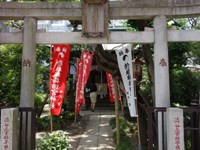 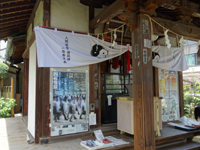 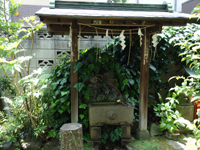 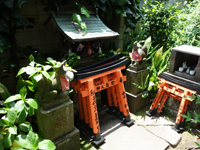