Jofukuji Temple has many pottery raccoons.
It's called Raccoons Temple.

Raccoons seem to be modern since some of them have microphone of Karaoke.
One seems to be a police raccoon. The other one has a golf club.

This temple handles funerals for pets.

Jofukuji Temple was originally established in Asakusa in 1511 and moved here after Great Kanto Earthquake in 1923. 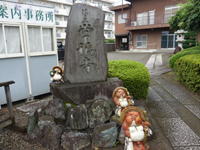 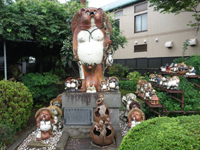 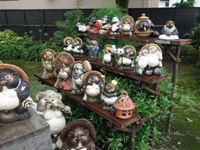 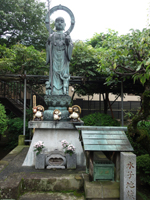