Ushijima means "Cow Island" and it's told this area used to be an imperial farm.
This area was named "Ushijima" after this cow farm. There's no cow here except statues in the shrine.

One of them is popular. If you rub the place of the body which hurts, it'll be better.

Torii gate in front of the main hall has unique shape.
It looks a combination of three gates. It may be because this shrine defies three gods.

This shrine was established in 860 and became a shrine to protect Tokyo Skytree recently. 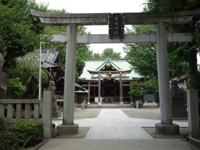 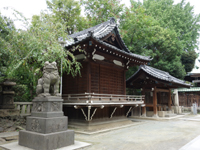 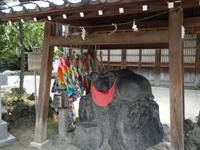 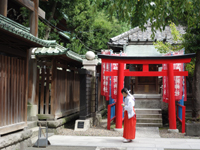 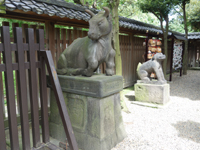 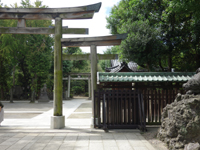 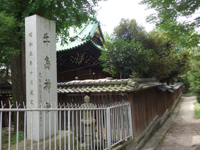