Sho-o-in Temple was established in 1596 in Yushima and moved to Asakusa due to a big fire.
And it's moved here after the Great Kanto Earthquake.

While this temple was in Asakusa, a priest became popular because he was good at making Soba or buckwheat noodle. Since so many people came to eat his noodle, the chief priest prohibited soba in this temple.

There's a sign to prohibit soba on a stone pillar. 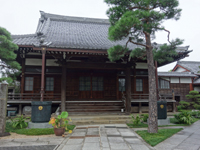 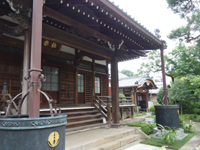 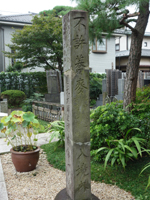