Sensoji Temple deifies a statue of Kannon which was caught in the net of fishermen.
Komagata-dou is located at the west end of Komagata bridge where this statue was found in 628.

Current building is restored in 2003. 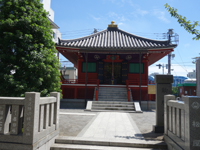 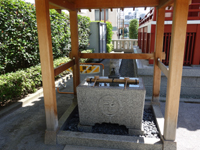 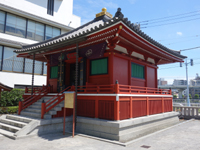