You may find fish, swans and turtles in the moats.

There's a statue of Masashige Kusunoki who is one of warriors in 14th century.

Front end of Imperial Palace is a wide open space.
This place will be filled with people when we have public visit to Imperial Palace on emperor's birth day and new year.

Nijubashi bridge is a symbol of Imperial Palace.
It means double bridges because there's another bridge behind the front bridge.

You can go across the both bridges only on public visit day (Dec 23rd and Jan. 2nd). 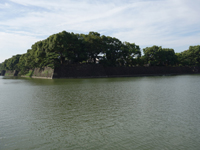 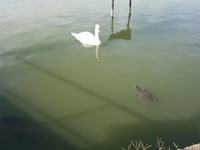 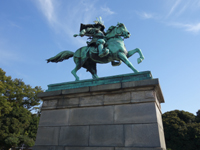 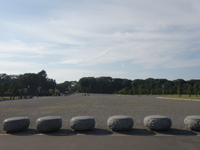 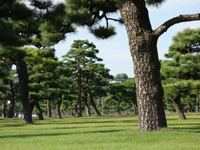 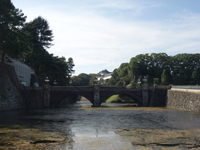