On emperor's birth day (Dec. 23rd) and Jan. 2nd, we can go through Nijubashi bridge to congratulate together.

Emperor's family shows up on the veranda of Chowaden Hall and the emperor makes a speech usually three time a day.

National flags are provided on the way by volunteers.
You may take it home as a souvenir, but most of people return it for next use.

You'll find how Japanese people respect Emperor and his family on these days. 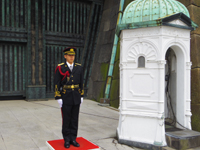 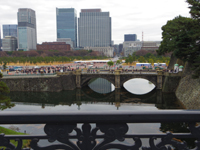 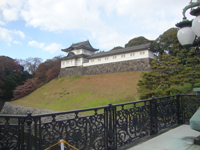 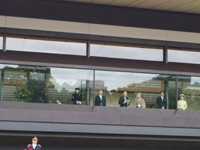 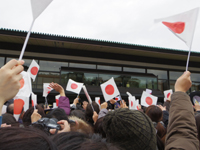