These shrines are on the rooftop of Ginza Mitsukoshi Department Store.
Mimeguri Shrine deifies a guardian god of Mitsu family, founder of Mitsui financial group.

It's told that this shrine was established by the great priest Kobo Daishi.
If so, it must be in early 9th century.

It's settled near the corner of Ginza Yonchome Cross Section and became popular since it's highly responsible to prayers for their prosperity and success in life.

It's relocated to the rooftop of the building in 1968. 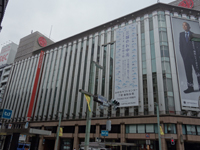 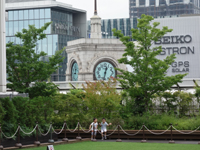 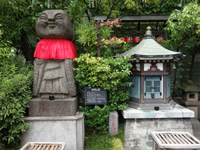 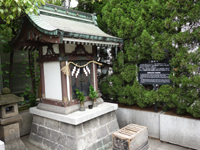