Myohoji Temple was opened in early 17th century and this temple is known as Osohi sama in Horinouchi. This is from the principal image of Nichiren who was one of the greatest priest in Buddhism in Japan.

This image was made in 13th century by Nichirou who was a disciple of Nichiren.

After Nichiren was transported to the island, his disciple Nichirou had prayed for him on seashore.
One day, a piece of shiny wood floating on the surface of the sea came to him from the direction that Nichiren's boat was heading to.

Nichirou sculptured an image of Nichiren on this sacred wood.

Nichiren returned from his exile after 1000 days and Nichiren was pleased with this image and he put a spirit in this image by himself. 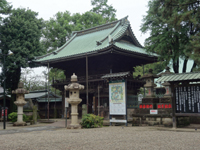 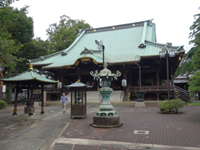 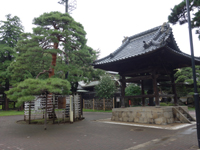 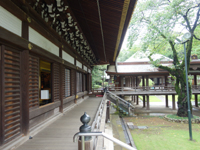 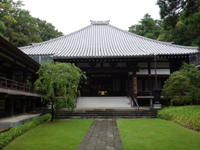 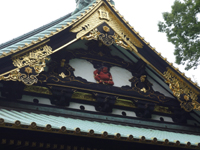 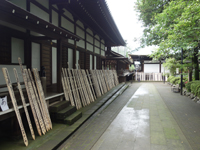 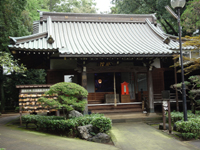 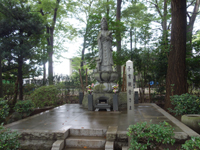 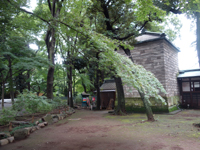